A tasty Starlight Celebration dessert popular in Limsa Lominsa. This cake-like sweet is formed to resemble the legendary notorious monster, Princess Pudding─a terrible beast rumored to once have roamed the meadows of La Noscea. 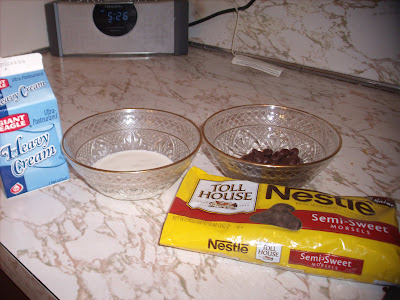 To make the centers, in the top of a double boiler melt the 2 ounces of chocolate with the cream. Whisk gently to blend.
Refrigerate for about 2 hours, or until firm. 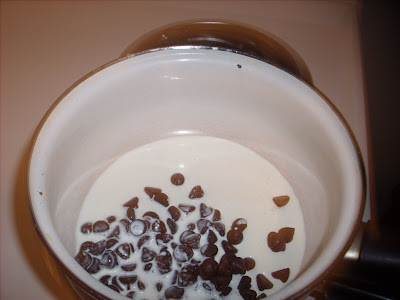 The heavy cream ant the 2 ounces of chips melting. 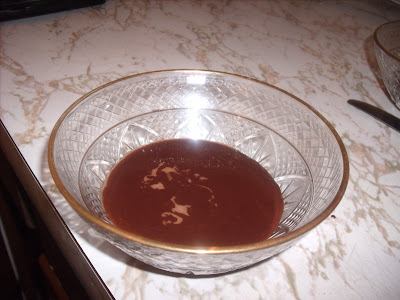 
For the cake you will need:

To make the cakes, in the top of a double boiler over barely simmering water, melt the 4 ounces of chocolate and the butter, stirring occasionally until smooth. 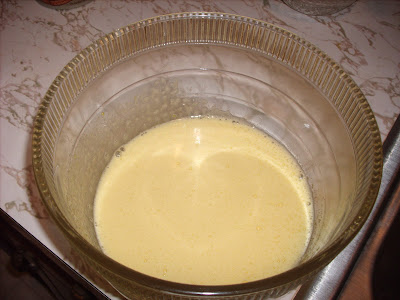 In a large bowl, with an electric mixer, whisk the whole eggs, egg yolks, sugar, and vanilla on high speed for about 5 minutes, or until thick and light.


light. Fold the melted chocolate mixture and flour into the egg mixture just until combined. 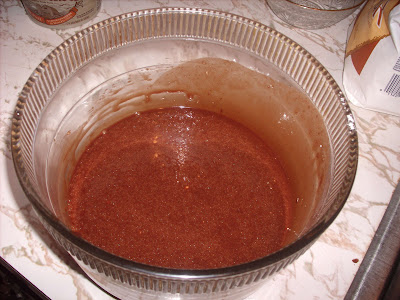 Spoon the cake batter into the pan 3/4 full. 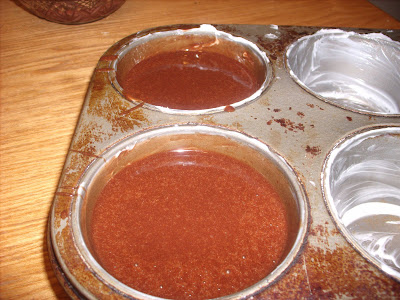 Place a chocolate ball in the middle of each section. 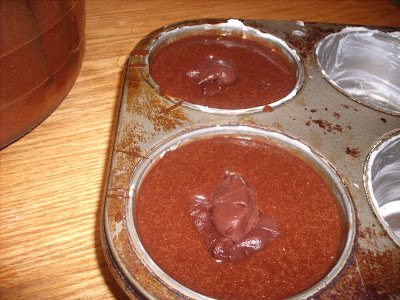 Cover the center with remaining batter. 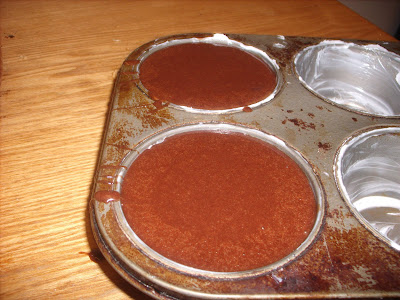 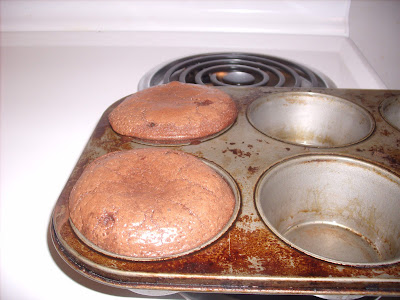 Bake until cake is firm to the touch. 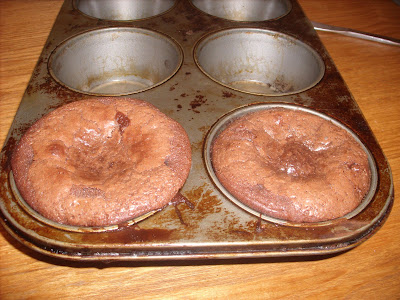 Bake for 15 minutes if you are using a small pan. I used a larger pan so I baked mine for 20 minutes. It is on 400 degrees F so watch it closely it will burn faster then a clothy.

Let set to cool for 5 minutes then run a knife carefully between the cake and the pan. I put a plate on the cake then flipped the pan. This is why I suggested baking one or two at a time. The flipping can be difficult if making several. Give yourself a break and just make one at a time. 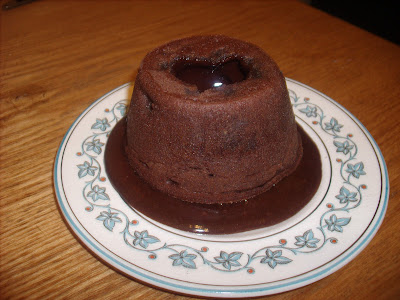 I made two, the first one leaked a bit but the second one came out better.
This was my first time making these, they didn't come out perfect but you'll have that.

It was delicious, so much chocolate.
Serve with a scoop of vanilla ice cream. 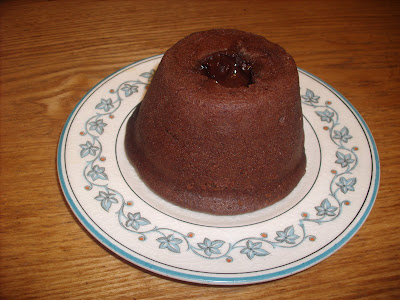