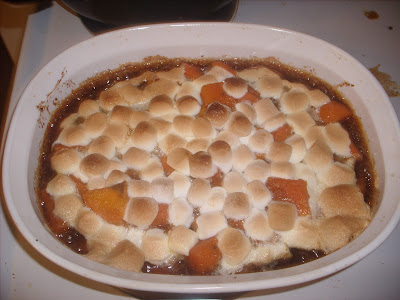 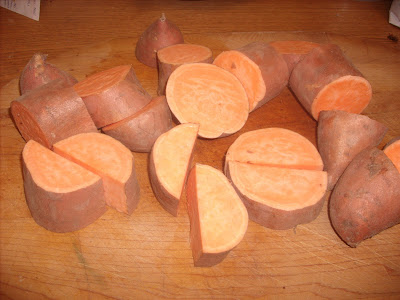 Bring a large pot of water to a boil. 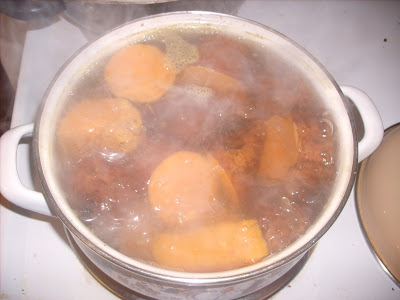 Add quartered potatoes and boil until slightly underdone, about 15 minutes. 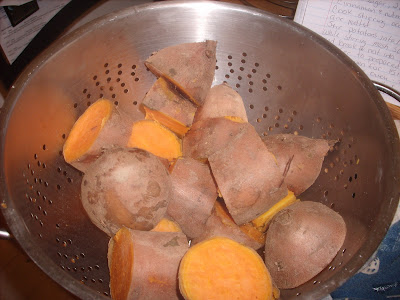 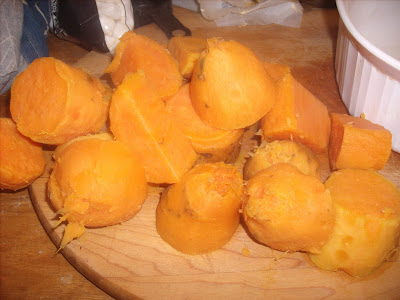 Don't fret about peeling them, After par-boiling them the skins will easily pull off. See. 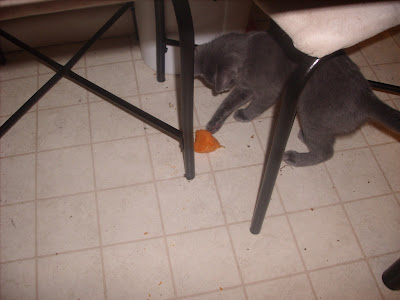 If you are peeling the sweet potatoes and you happen to drop one. The 5 second rule does not apply if your cat runs over, licks the potato and proceeds to bat it around the kitchen floor.
This is a good lesson on letting things go & mopping kitchen floors. 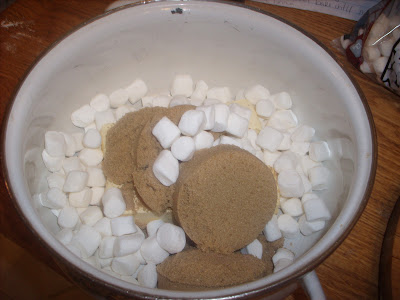 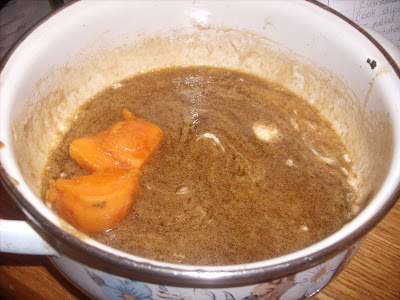 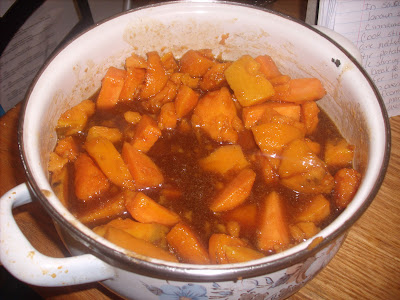 Stir potatoes into marshmallow sauce.
While stirring mash about half of the potatoes, and break the others into bite-sized chunks. 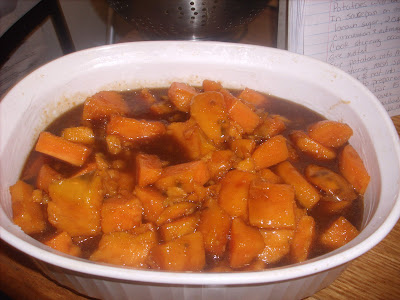 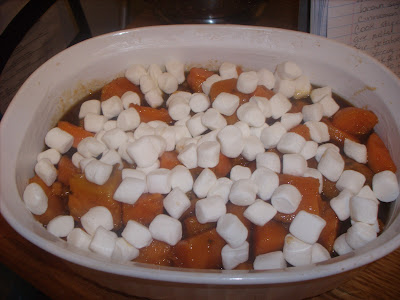 Remove from oven and cover top evenly with remaining marshmallows.

Return to oven and bake until marshmallows are golden brown.