Council of the Three Hammers Interview and Bacon 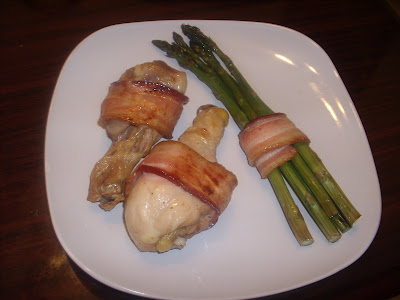 These three were harder to interview then a politician. The only thing I could get them to agree on was bacon. 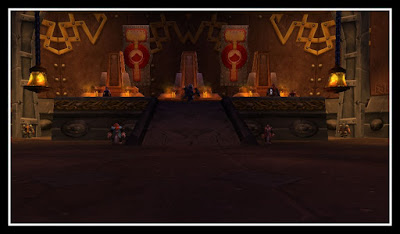 Falstad & Muradin start to scuffle, tipping over a chair. The fact checker ducks, barely missing a punch intended for Muradin.

TGF: And girls. Can I get everyone to sit down, please.

Falstad Wildhammer: It's nice to finally have a lady for company.
(Falstad winks at me as a hardtack biscuit from Moira's general direction bonks him in the head.)

TGF: Council, please. Lets start with Flastad, can you tell us what you choose as your dish?

Falstad: Well now, Fannie has been after me about eating right. So I choose baked asparagus.

Falstad begins dancing on his end of the table.

Muradin taps my shoulder and places a steaming dish in front of me.  It smells wonderful!

Muradin: My favorite dinner is Westfall chicken legs. Anduin visits often and he always brings me a few cluckers to bake up and wrap in-

Muradin lunges at Falstad across the table and tackles him to the ground.

Muradin: That was my-

Moira sits down next to me and hands me a long, thin piece of chocolate. I bit into it and look back at Moira surprised.

Moira hands Fenran a bacon wrapped chicken leg. Which he immediately starts to chew on.

Here ya have it, a bacon feast fit for a dwarf. 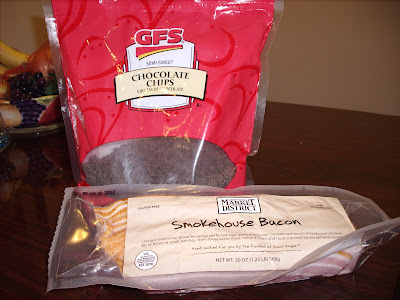 Cook the bacon till crispy then let cool completely.
Dip into melted chocolate to coat. 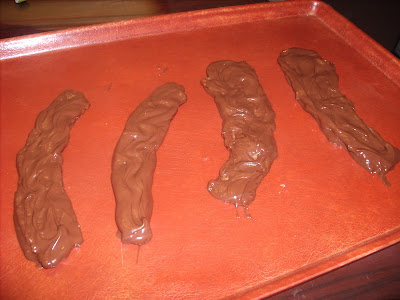 Let chill in refrigerator for about 30 minutes.

Chicken Wrapped Bacon
You will need:
Chicken legs and one piece of thick cut bacon per leg. 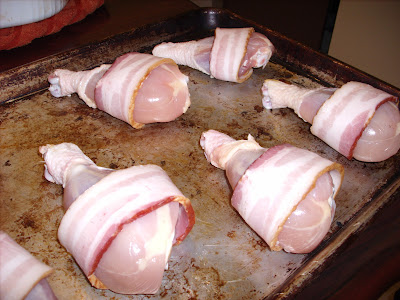 Wrap bacon around chicken leg and bake for 20 minutes in 350 degree oven.

Baked Asparagus with Bacon
You will need:
Fresh asparagus and bacon slices. 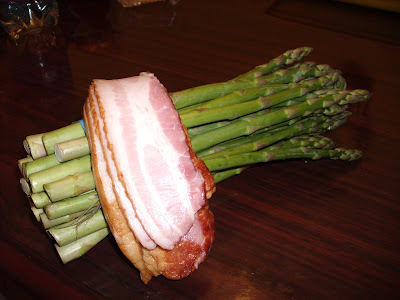 Divide asparagus into 4 piles of 6. 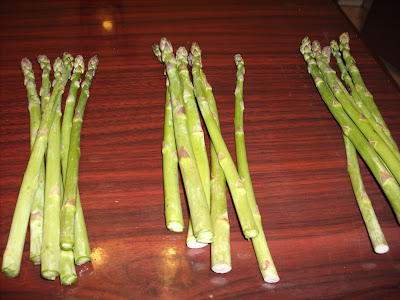 Wrap a slice of bacon around middle of each.
Lay on baking sheet and cook for 20 minutes. Until tender and bacon is cooked. 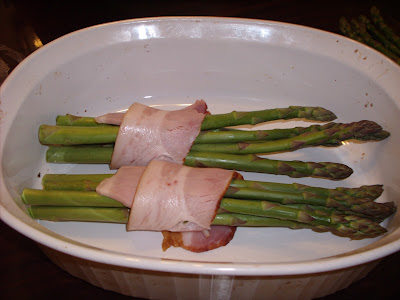 Fit for a dwarf or any race. Yum!